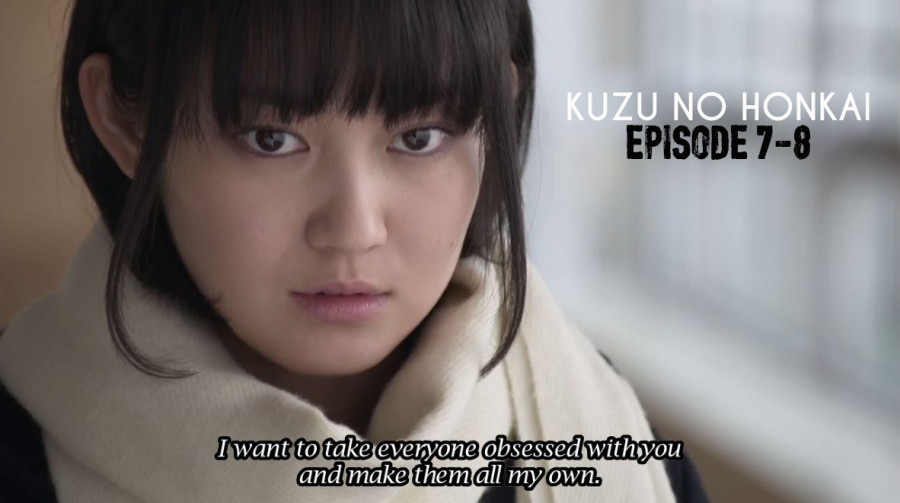 Well... Ummm... So, I just wanna share something to you guys. If some of you here are following the fb page called "JAPANESE DRAMA", then you ought to know this.

I'm actually also an admin for "JAPANESE DRAMA." It's a fanpage and of course, the core goal of it is to update on jdrama and give any info's regarding everything Japanese but much more on jdramas/movies. Basically, there are 4 admins handling the page (all that I know of including me) and we get along just fine--- as in we don't really talk that much, but we have never done each other in the wrong way, at least, as far as I know. But just yesterday, one of the admins sent me a message saying that someone removed her from the admin page role. I immediately assessed the situation and checked into JDF (Japanese Drama Fanpage) but I COULDN'T. I checked my notifications and saw that someone removed me from the admin page roles too. Without wasting a second, I sent the other 2 admins a message that we were removed and if they were still in their roles, I asked them to put us back. Unfortunately, they both replied that they were also removed. So, all four of us were cut out from the admin roles. I don't know how that happened, I don't know when. I don't know who the people are that are currently handling the page now.

I checked the posts from the page and saw that the first update posted after we were removed featured a korean drama. The people following the page were shocked about the post and they gave various reactions such as, "Seriously, admins?" "Admin, are you drunk?" "Is this a joke?" "Admin, please do not turn this into a Korean page. This is the only page I go for jdrama updates and there's been too many korean pages in FB. Please don't do this." I felt like I let them down. They have no idea what's going on and there was no way to explain. So, on that same post, I commented using my real account and introduced myself as admin furritsu. I said that I was sorry, that the page has been taken over by someone else we do not know. I copied that comment of mine and posted it at the visitor's page. I think after 5 minutes, when I checked my comments back, it was removed without trace. After moments, I was blocked from posting, commenting, and liking. They got the idea that I was making the right measurements to assess the situation.

Currently, they are continuing operations but it seems that they are making it their own personal blog. Even the fandom noticed that there were changes in the operations. And just this day, they have already deleted the first post they made about that korean drama update. Up to this day, I'm still trying my best to redeem the page back. In there lies my interest and passion that I have shared with people living all around the globe and I don't want that to be trampled around because of their selfish desires.

Anyway, thanks for hearing me out. Here's updates for Kuzu no Honkai EP7-8.

And for those who want to watch it online via streaming, go to this site:
dramacool
kissasian

[Friendly Note: And if you haven't installed the fonts yet, make sure to install the fonts in the "FONTS FOLDER."]
Collapse